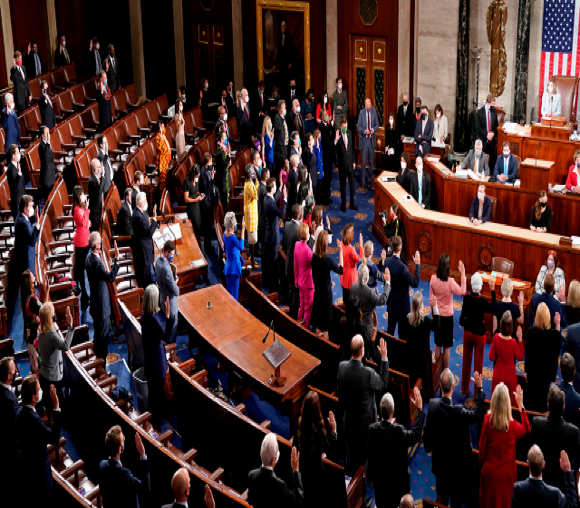 Throughout much of the 19th century Congress played a central role in the development and leadership of American Foreign Policy. While the Constitution designates the President as Commander in Chief, Congress is empowered to constrain the Executive on foreign policy in areas of trade and the use of force.

Clear in the Framer’s intentions for the United States was a struggle between the branches for the power to make America’s foreign policy. However, since the mid-1990’s Congress’ voice in US foreign policy has gradually quietened.

This ushered in the modern political era of the ‘imperial presidency’ where the substantive power to determine America’s foreign policy agenda now lies in the hands of the Executive. While this concentration of foreign policy power is appropriate at times of crisis, Congress must reclaim its rightful constitutional role in the establishment and review of US foreign policy during peacetime.

Regrettably, Americans have become too comfortable with a legislature, now complacent with its diminished influence in this area. Today, congressional representatives are lacking in the institutional experience and knowledge required to skilfully administer their role in the making of American foreign policy.

To tackle these issues, I suggest that congressional committees develop a greater capacity to research and analyse U.S. Foreign policy and that all members of Congress participate on foreign policy task forces. If successfully implemented, these proposals will welcome a return to more collaborative, nuanced foreign policy that is shared between Congress and the Executive.

It is remarkable that the two Senate committees tasked with oversight of foreign policy and national security – the Foreign Relations Committee and the Armed Services Committee – have held fewer hearings on the wars in Afghanistan and Iraq, than was the case during the era of Cold War military interventions. This reflects the depleted will and capabilities of Congress to review, challenge and drive American foreign policy. At least part of this problem is related to insufficient staffing of the congressional committees.

While the number of staff working for the executive branch has grown over the past 40 years, the number of staff supporting congressional committees has significantly declined in this same period. Inadequate staffing of committees has hindered the ability of congressional representatives to draft foreign policy legislation and review executive strategy. Today members are forced to rely upon lobbyists to garner legislative analysis. The solution here is straightforward: committees should be allocated the funds necessary to hire more policy-focused committee staff. This would help to facilitate a more transparent and robust foreign policy process in the United States.

There is currently a great knowledge asymmetry between Congress and the Executive on Foreign policy. Members of Congress serve for only part of the year and increasingly begin as legislative amateurs, lacking specialisation in foreign policy. These factors alone place congressional representatives far behind the full-time Executive branch when it comes to the mastery of foreign relations issues.

The knowledge, experience and interest in foreign policy within Congress must be improved to enable members to work constructively with the Executive on U.S. foreign policy. The establishment of congressional foreign policy task forces would be an encouraging first step. The task forces could focus on specific issues which concern America’s national interests abroad, the main purpose being – to provide a forum for exploration and discussion of international issues for members of Congress.

This would enable representatives of the legislature to be better informed, more confident and capable of assessing foreign policy issues logically as they arise. The perspectives generated through the task forces could then also be used to inform executive branch deliberations on foreign policy decisions. This would enable Congress to reclaim some of the ground previously relinquished to the Executive, paving the way for a more authoritative voice of Congress in American foreign policy.

By reinvigorating the institutional foreign policy knowledge, experience and interest of   members, this will enable Congress to feed into the deliberative process of foreign policy making in the United States. As the Founders intended, more thoughtful, cohesive and durable foreign policy outcomes will likely ensue.

View all posts by gabriellejharman